The Shortlist Interviews: Christine Coates – A Night To Remember

“A Night to Remember” follows the events that befall colourful characters in a South African fishing town – the bartender, the fisherman, the fisherman’s wife and the itinerant musician. Coates’ descriptions are transporting and tell of small town chagrin, people hiding in plain sight and wider issues of belonging and not belonging. Intrigued by her story and its unexpected twist, we asked her a couple of questions.

BLM: How did you come to the craft of writing… or did it come to you?

Christine Coates: From very young I have always loved reading and stories. I used to make little books and then write stories or poems in them. Perhaps poetry came first and then stories – they found me. Later, when I began to write seriously, I found myself writing memoir. There’s a story I tell over and over. I belong to a women’s collective and I go there to find longer stories – novels. Then I have to spend long periods alone writing.

BLM: Your story, “A Night to Remember” follows the events that befall colourful characters in a a community in dynamic flux. What inspired the story?

CC: Kalk Bay is close to me and I spend time there. It’s a vibrant community of artists, writers, fishermen, developers, immigrants. There’s a large green house on the hill where I attend a poetry group. The Catholic Church was named for St James (Santiago) by Filipino sailors shipwrecked there in 1858. Kalk Bay is a microcosm of South Africa with its original fisherfolk, old settlers in their Victorian houses, new economic migrants, the new money buying up land and buildings. There are old buildings crumbling alongside modern ones being constructed and the government quotas that deny fisherman their age-old livelihood. All fascinating material for stories.

He beat his wife and kids, also workers who got in his way. Hell, he’d beat me too if we met in a dark alley. When he came to the pub, he’d greet me alright, “Hey! Chuck me a Castle.” No conversation, only “Hey, you! Another one!” His eyes scowled from under sea-slug brows. He liked his Castle Lager. The only other thing he ever said was, “You’re a strange fish.” He may have known about fish but he didn’t know me. I knew blokes like him. He had inherited the small fleet of fishing boats from his father; he drove his crew hard. Not from the same shoal as Ed. Jake was a shark. – “A Night To Remember”, Christine Coates

BLM: The action of the story as told by the bartender is interspersed with newspaper clippings. What made you include them?

CC: The story is told through the bartender, while the clippings give another perspective; tell another story from a different point of view. It’s a way of saying things that can’t be said by the first-person narrator. 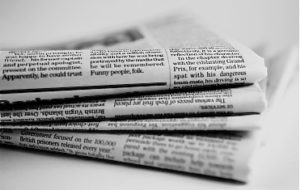 BLM: Diane Awerbuck, an award-winning South African, short story writer once said, “Novels are a marathon; a short story is like a sprint.” Does that ring true for you and your work?

CC: Yes, novels are a marathon; a narra-thon. I’m working on completing two novels and it has taken years. In between, poetry and short fiction comes to me to keep me going and sane! I like the short bursts of energy.

BLM: I know writers don’t like to talk about their works-in-progress but could you drop a few hints for our readers about what you might be releasing next?

CC: I have two novels in the final stages. One is drawn from my mother’s childhood in the Transkei in the 1930s and 40s; she was born and grew up in Qumbu, Eastern Cape. I’ve spent a lot of time there exploring it. The other is pure fiction. I do things in pairs – I have two collections of poetry I am working on. In between, short stories lurk ambushing me around corners. 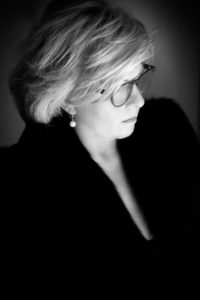 Christine Coates is a poet and writer from Cape Town. She has an MA in Creative Writing from the University of Cape Town. Her poems have been selected for the EU Sol Plaatje Poetry anthologies 2011 – 2015, and Best “New” African Poets 2015 Anthology. Her debut collection Homegrown, published in 2014 by Modjaji Books, received an honourable mention from the Glenna Luschei Prize.

Her short stories have been highly commended: “The Cat’s Wife” in ADULTS ONLY, Short.Sharp.Stories’ 2014 anthology, and “How We Look Now” in WATER, Short Story Day Africa’s 2015 anthology. She recently participated in the inaugural Rutanang Book Fair in Potchefstroom.

In case you missed it, the following stories have been shortlisted:

A Night to Remember by Christine Coates

The Silence of the Morning by Gugu McLaren

Parallels of Yesterday by Thato Magano

Men are Fools by Obinna Udenwe

pre-order at R125 from our online store until the 4th of March.